Are you one of the 20 million to 40 million people in the US suffering with migraine headaches? If so, here’s news worth noting: The FDA has just approved an over-the-counter nerve stimulation device that delivers mild electrical shocks to the forehead as a way to prevent or treat migraine headaches.

This might seem like an unlikely way to treat migraines, so how did we get here? And what’s the evidence that it works? Is this a game changer? Hype? Or a treatment that falls somewhere in between?

Our changing understanding of what causes migraines

Blood vessels throughout the body, including those near the brain, narrow (constrict) and open up (dilate) regularly, throughout the day. That’s normal, and it varies depending on the situation. Sleep, body temperature, physical activity, and many other factors affect this activity of blood vessels. Not long ago, conventional wisdom held that migraines were due to an exaggeration of this normal constriction and dilation of blood vessels. Experts thought that a trigger — like certain foods, stress, or a host of other factors — made blood vessels supplying pain-sensitive parts of the brain suddenly constrict for a short while and then dilate, before returning to normal. We know that similar blood vessel changes occur in other conditions such as Raynaud’s disease, so this was an appealing theory to explain migraine symptoms.

If migraines were due to exaggerated blood vessel constriction and dilation in some people, that could explain why migraines are so common, temporary, and not associated with any permanent injury to the brain or other parts of the body. However, this theory is now considered wrong.

The current theory of migraine

Current evidence (as described in this review) suggests that migraine headaches begin with an abnormal activation of cells in the nervous system that spreads across the brain. This leads to inflammation near pain-sensitive parts of the brain, the release of chemical messengers, and changes in the sensitivity of nerves that carry pain signals. Among the nerves involved are branches of the trigeminal nerve. This nerve provides sensation to areas of the face, and controls muscles that allow us to bite or chew. It’s also connected to the pain-sensitive lining of the brain.

This evolving understanding of potential causes of migraine headaches has led to treatments that focus less on blood vessel changes and more on ways to block chemical messengers involved in pain signals. Triptan medicines, including sumatriptan (Imitrex and others) and rizatriptan (Maxalt), are good examples.

What about nerve stimulation for migraines?

In recent years, studies have demonstrated that electrical stimulation of branches of the trigeminal nerve over the forehead can treat migraine headaches and even prevent them. One such device, the Cefaly Dual, has been available by prescription to prevent migraine headaches since 2014. It was just cleared as an over-the-counter device to prevent and treat migraine headaches. Clearance differs from FDA approval for effectiveness and safety for drugs and lifesaving technology like defibrillators; it allows medical device makers to market a product because the FDA considers it safe and similar to other legally marketed products.

The evidence supporting nerve stimulation to prevent or treat migraine includes the following:

None of these studies reported serious side effects related to electrical stimulation. While a tingling sensation at the site of stimulation was common, few perceived it as painful or bothersome enough to stop treatment.

Cost is a consideration. The device’s maker currently lists its standard price as $499, and states that it is not covered by health insurance. It does come with a 60-day money-back guarantee, which could help users decide if it’s worth the price.

Finally, there’s the time commitment. To prevent migraines, users are advised to apply the device for 20 minutes each day. For treatment of acute headache, a 60-minute treatment is recommended.

This treatment has been around since at least 2014 and is certainly no cure. So, electrical stimulation for migraine can hardly be considered a game changer for most migraine sufferers. But it seems to me it’s not empty hype either. There is reasonable evidence that it’s safe and at least somewhat effective.

The recent action by the FDA to make the Cefaly Dual available without a prescription should make it more accessible. And, by any measure, a modestly effective, drug-free way to treat migraine is a positive development. Hopefully, future studies of this device will clarify who is most likely to benefit by using it. But we need even better options. Advances in our understanding of how migraines develop and ongoing research should provide them.

Tips on Living With Migraine 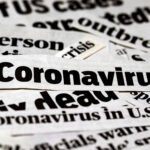 Why Are COVID Cases Increasing So Fast Right Now?

Losing Your Hair Because of Pandemic Stress? 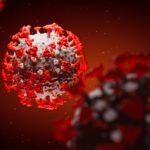 WHO Says No to Remdesivir as COVID-19 Treatment